With 2017 coming to a close, I’ve been looking back at my year in running. As I was going through my medals, I was surprised at how few I had. I feel like I ran more races than I actually did.

Many of my fond race memories are from race volunteer shifts, not running.

My Year In Running

My best, most memorable, or most interesting running-related events of 2017. 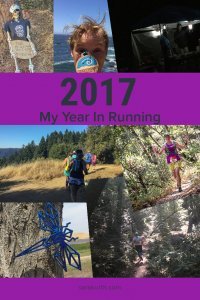 They have both races every year, with the New Year’s Eve race being the Saturday before New Year’s Eve. I love these races most when they are on consecutive days like it was in 2016/ 2017 (and incidentally, as it will be again this year with the races on Sunday and Monday- I’m registered and ready to go for 2017/2018). 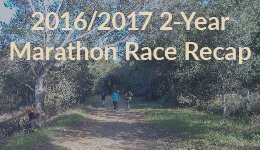 This race had everything going for it!

It was the absolute best way to spend a birthday. I’m sure the runners near me got so sick of hearing people shouting birthday greetings, but I never did.

I had also been a pacer for an Oakland Marathon training group and ran the race with a few of my trainees. So I was running my adopted hometown marathon, on my birthday, with my friends.

It was amazing. I even had a few great race photos:

My co-pacer and I, chugging up the hill 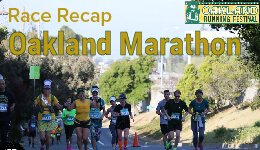 One of my favorite things to do when traveling abroad is going to foreign grocery stores. It is simultaneously entirely familiar (the same basic layout, the same basic products) and entirely foreign (I can’t read the packaging or figure out how much anything costs).

I had the exact same feeling volunteering for Night Sweats- an overnight marathon held in the Marin Headlands. I knew the area, I’ve run and volunteered at several races nearby, but the same thing at midnight? I’ve never experienced anything like it.

You could see runners coming (everyone had headlamps), but couldn’t identify anyone. We didn’t recognize friends until they were right at our table.

So similar, yet so foreign. 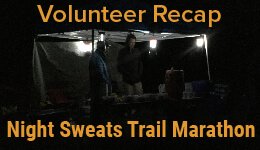 I’ve been to Salt Point State Park a few times before, it’s usually cold and windy, even in summer. But at the time of this race, the rest of Northern California was in a heat wave, which meant Salt Point, right on the coast, was the perfect temperature for trail running.

The cool coastal fog burnt off as we ran along the rugged coast.

A fine example of why trail running in Northern California is amazing. 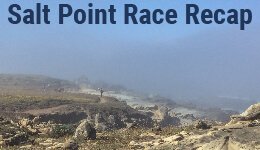 The Empower 10k was a fun little race, put on by my friends at Sweat Pink and Fit Approach – the same ladies who organized BlogFest, the fitness blogger conference I attended in July. 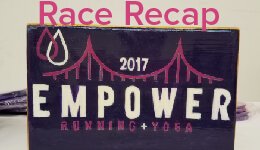 I first did Drag-N-Fly several years ago, and it stuck in my mind as a terrible experience and the hardest half I’d ever done.

Flash forward a few years and I began to wonder if it was really as bad as I remembered it. So I found myself lining up once again.

The second time around it still was amazingly hard (with around 3000 feet of climbing, 80+ degree temps, and zero shade for much of the course), but NOT as bad as I remembered.

And… It gets the award for my favorite medal of the year.

How much do I love this medal from the Drag-N-Fly Trail Half? All. All the loves is how much. #medalmonday #dragnfly #brazenracing 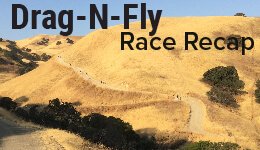 My main race of the year.

My fourth outing at Skyline, which, for my money, is one of the best trail marathons in Northern California. It’s 26 miles of Redwoods and babbling brooks.

I never did figure out why, but this year the course smelled exceptionally good.

Bonus! This year (unlike last year) I didn’t face plant and there was no bloodshed. Yeah!

That Dam(n) Run Trail Half is in Cool, California, on many of the same trails where they run the Western States 100. Great trail running country.

It was a perfect fall day for a trail run.

Cool weather, but warming up enough to be comfortable. Clear blue sky, gold leaves. Perfect sized field of runners – enough that I was never concerned about getting lost (a non-issue really since the course was so well-marked), but never too crowded where I felt taken out of nature. 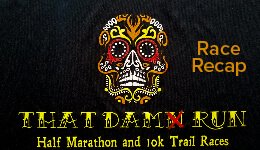 2017 is also the year I started taking more photos on the run. I (gasp) got into Instagram and found that looking for photo ops on the run was a welcome distraction and a way to be more mindful on the run, not the tedious ego-trip I was expecting.

Photo That Makes Me Laugh Every Time

Well that’s a first. I’ve never been photo bombed by a bug before. #photobomb

I even got some good race photos this year. Oakland’s were pretty good and this one at the Bear Creek half is the best race photo I’ve ever gotten. My eyes are open and everything! 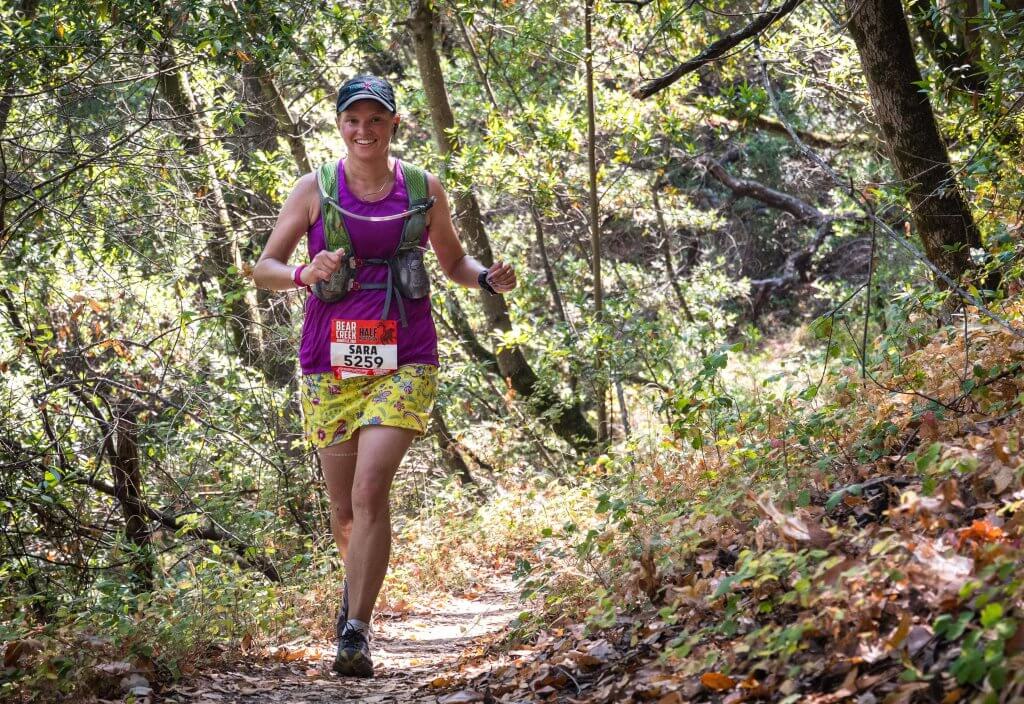