Another year of running, racing, and race volunteer shifts is (nearly) in the books. My biggest running take-away for the year? 50 Miles! I ran 50 miles. I wasn’t sure I could do it, but I did.

The final tally for the year: 10 races run (or will run), and 7 race volunteer shifts. 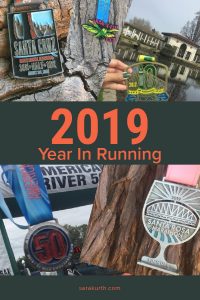 I’m counting Woodside even though it isn’t happening until later this week (as I write this). I hope I’m not jinxing it by counting it as completed before I run it.

My regular readers know I often volunteer at races too. This year, I did volunteer shifts at 7 races.

I’m surprised the volunteer total is only 7 races.

Granted, that is a lot of races to volunteer at (I’m continually amazed at how many runners never volunteer at any races), but it feels like I was volunteering at races nearly every weekend for a stretch there in summer.

Highlights Of My Year In Running

What can I say about the American River 50 Mile Endurance Run?

Then I won an entry to AR50 in early February at a running event I was at. The race was in early April and the entry was non-transferrable and non-deferable. Either I used it that year, or I won a prize for just the sheer joy of winning.

I really debated if I should try to do this race.

I’d never considered running 50 miles before, and I wasn’t sure if I could. But I eventually realized I couldn’t get the idea out of my head, so what the hell. I threw together a Frankensteined training plan (2 months isn’t nearly enough time to follow a real 50 mile training plan) and went to work.

After all the hemming and hawing about if I could or should do it, after all my worry about if my training was enough, I can’t imagine race day going any better.

Not only was the race epic, my recap is (by far) the longest recap I’ve ever done and is slightly epic itself.

This year, I once again paced the Santa Rosa Marathon. Santa Rosa was one of those race days where everything came together just so.

I’d been a little nervous going into race day since I was pacing a faster group than I usually do. I know I can hit the pace for a 5 hour marathon virtually by dead reckoning since I’ve done it so many times, but I’d never paced a 4:40 group.

Physically, I knew it wasn’t going to be an issue, but the pace for a 4:40 marathon isn’t as ingrained in me and I knew I’d have to pay much more attention.

It totally wasn’t an issue, and I felt great throughout the entire run.

I had a larger group than usual with me for most of the race, a few runners were with me virtually from start to finish. Near the end of the race, several groups of runners made it their mission to stay ahead of me, creating a fair amount of good natured taunting and teasing in those last few miles.

It was a good incentive for them and a good distraction for me.

In the end, I finished just 8 seconds off my pace (can you say nailed it!?), and was within 10-15 seconds each mile on the course. In the pacing world, it doesn’t get much better than that.

More runners than usual came up to me after (and one emailed me a few days later), thanking me for pacing so effectively.

It all just warmed my heart. 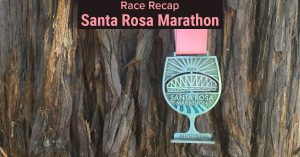 I volunteer at a lot of races.

When I volunteer, I know what to expect. I know how to prepare and what the flow of runners will look like on race day.

Knowing all of that didn’t prepare me for volunteering at Double Dipsea.

It was sheer insanity.

Double Dispsea is famous for its handicap start – the slowest runners start first and the fastest start last. The idea being – any runner realistically has a chance of crossing the finish line first. The result is 14 miles of passing and being passed. I know my temperament enough to know I shouldn’t ever run it. However, many of my friends were running this year, so I thought I’d head out to support them.

The handicap start means there was no rhyme or reason to who was arriving at the aid station or when. It wasn’t the usual slow start as the fastest runners fly through followed by the middle-of-the-pack runners. At Dipsea, the pack came in, and they just kept coming.

There was no way to tell who was coming in or what they wanted (at ‘normal’ races the fastest people don’t need much support, the pack grabs and goes, and the slower runners stop, refill bottles, and chill a little bit).

At Dipsea, everything and everyone was all mixed up. While we were all experienced volunteers, it took everything we had to keep up.

I’d noticed before the race they had BBQ catering just for the race volunteers. I thought this was odd.

When it was all said and done, I understood why volunteers got extra goodies for this one.

I found myself running a race every weekend in August.

I didn’t plan it that way, it’s just where the races fell.

It was a lot of racing, but it was fun. For me, the races were all low-key. They were training runs with bib numbers, not stress-myself-out-about-the-race races.

If I was the kind of runner who stressed out about races, the entire month of August wouldn’t have been a wise move.

Considering I’m not that kind of runner, and can easily do races just for the fun of it, it was all a good time. 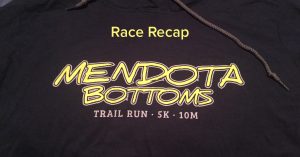 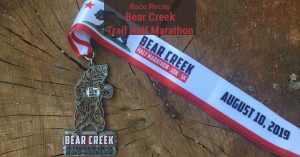 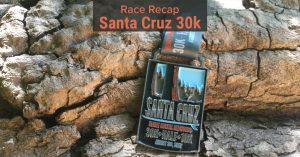