I recently ran my 26th marathon. Well, technically it was my 25th full marathon, plus 1 ultra marathon, so it’s either #25 or #26 depending on how you count it. I tend to bunch them all up when I think about them, so I thought of it as #26.

I don’t know if a ‘Golden Marathon’ is a thing, but I think I’ll make it one.

And mine got me to thinking about all the other marathons I’ve run over the years.

The Twin Cities Marathon is my hometown race, so of course it was my first!

What stands out from my first marathon was at one of the first aid stations. The crowds were cheering ‘go marathoners.’

I realized they were talking about me.

It was the first time I ever thought of myself as a marathoner.

Or a runner, for that matter. 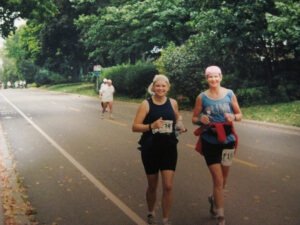 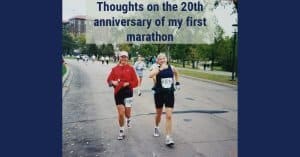 The old Las Vegas Marathon was in the desert outside of town. We were driven miles outside of Vegas only to be left in the cold, dark desert.

It felt like an old mob punishment, not the start to a race. 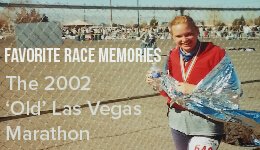 The first time I ran Big Sur was the most afraid I’ve ever been of the marathon cut off time.

They had a 6 hour cut off, and while I’d beat that time in both of my earlier runs, the mythic killer-hill Hurricane Point weighed heavily on my mind.

Like so many fears in life, it wasn’t an issue.

First, I was surprised at how much downtime there is on the course. I knew about running on the mall and passing all of the monuments, but I wasn’t ready for the long stretches of nothing around the Pentagon.

Second, was the massive crowd of people outside of the metro station after the race.

At first, I thought it was a delay of the trains.

Turns out, they had turned off the escalators, so the crowd was due to sore marathoners trying to walk down the stairs to the platform.

Deadwood was my first smaller marathon, held in the Black Hills of South Dakota. I suppose it’s also technically my first trail race since it was mostly on a crushed gravel bike trail.

Deadwood was the most unexpectedly pretty marathon I’ve ever done. I knew Big Sur would be pretty. But South Dakota?

Even after dozens of family trips to the area, this one surprised me. 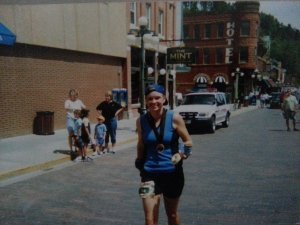 The plan was so simple for Grandmas. I was living in LA at the time, and I had a conference in Palm Springs a few days before the marathon. I would leave the conference, drive back from Palm Springs to LA the day before I was to fly to Minnesota. Easy enough.

But… there had been a shooting on the freeway in the middle of nowhere. They shut the interstate down for hours (and hours and hours) and there were no alternative routes. I was stuck in the middle of it.

I missed my flight. After a day of waiting nervously on standby lists, I made it with hours to spare.

Running a marathon was the easiest part of that weekend.

The New Las Vegas Marathon (‘New’ was part of the official title), unlike first Vegas marathon I did, was actually on the strip.

It’s not the flashy night Rock n Roll Marathon it is today, but it was Vegas-ier than it was.

This was my first run in costume – I was a part of the Running Elvi. I had a blast.

We had a special pre-race area with a catered breakfast and were witnesses to the mid-run wedding ceremony.

I was at Disney for the first year of the Goofy Challenge – running a half marathon on Saturday and a full marathon on Sunday. It was my first attempt at back-to-back races.

Like Marine Corps, the flashy parts of the Disney course get all the press (and rightfully so, running through the parks is so much fun), so I was surprised by all of the generic highway running between the marquee spots.

Still, totally worth it.

The San Francisco Marathon had signs with trivia questions and answers along the course. Great idea, right?

Unfortunately, they had put them up in the wrong order. At first, I thought I was just missing signs because I was tired or distracted. Eventually, after talking to others around me, I realized that there were questions without answers and answers without questions.

The Twin Cities Marathon is in October. In Minnesota, that usually means highs in the 50s and 60s. This year’s marathon was in the mid-60s at the start. We all knew we were in trouble.

The Chicago Marathon was the same day and was canceled mid-run due to the heat. We had high temps in the 80s and 90s. NOT what I had trained for.

TCM didn’t cancel, and they did a good job getting extra water to later aid stations (Dad also delivered water mid-run), but this was a survival mode run.

After the previous year’s heat, I thought I’d give TCM another chance.

The weather still refused to agree, this year brought rain. Not a ton, but enough to cause puddles I couldn’t avoid. I’d never noticed how heavy wet shoes are until I had to run a marathon in water-soaked sneakers.

Unless I’m looking at a list of the marathons I have finished, I totally forget that I did a marathon in Stillwater (Minnesota).

I don’t know why I seem to forget it. It was a cute little race. I loved that they opened the high school locker rooms so we could shower and change after the race and stay in town and hang out for the afternoon and play tourist.

I still can’t seem to remember it.

Victoria was my first marathon that was measured and signed in kilometers instead of miles.

I loved it at first, the markers were coming fast and furious. But then they just kept coming and coming and felt like it would never end.

I was surprised at how different such a small difference made.

I return to TCM, only to get the worst calf cramp of my life at mile 26, right as I was entering the finisher’s chute. Visions of the ‘agony of defeat’ section of the opening to The Wide World Of Sports went through my head as I hobbled along.

I was going to finish dammit, even if I had to hop.

I must have looked relieved as crossed the finish line I was approached by a race official after and was given a ‘spirit of the marathon’ award, a prize pack of race swag that they give to a few dozen middle-of-the-pack finishers.

Score one for the middle-of-the-packers!

This was my first attempt at running a marathon after training all winter with a running group.

It was a new experience for me and for the first time, it made marathon training more memorable than the race itself.

After so many outings at TCM that were memorable for not great reasons, I finally got a good one!

The race itself this year was wonderfully uneventful. What I remember most was at the interfaith church service held before the race, I got a little teary-eyed when we were singing ‘Come Thou Font Of Every Blessing.’ Not sure why.

I’m used to getting teary-eyed after a race, not before.

Avenue of Giants is an absolutely beautiful course through a redwood forest. Unfortunately, I felt like it was the same kind of beautiful. Even the most amazing scenery can get old.

I also wasn’t in the right head space for this marathon. I felt a half step off the whole time.

It wasn’t the race’s fault, but I don’t have the best memories of this race.

Bizz Johnson was my first (and to date only) ultra. It was also the first time I really understood the power of pace.

I had trained for it, but still wasn’t entirely sure what I was in for so I figured my goal pace and was determined to go that pace, even when I felt great and thought I could go faster.

As a result, I pretty felt great the whole time.

What’s not to love about the Big Sur Marathon? It is as beautiful as its reputation.

My two takeaways from my second Big Sur outing were: 1) Runners taking selfies mid-marathon annoys me way more than it should, and 2) If a pacer bills herself as a ‘party pacer’ I’m not going to like running near them for nearly 5 hours.

I have no doubt she was an amazing pacer, but running along the beautiful and rugged coast clashed too much with her non-stop singing and party games.

Skyline to the Sea was my first true trail marathon, with crazy elevation gains, sections of single-track trail, and the need to follow course markings.

A few miles in, I realized I hadn’t trained properly for it.

I knew the general topography of the course (net downhill, but still with a fair amount uphill) and had done tons of trail runs in preparation for it. Even so, it felt way more uphilly than I’d expected.

Not my finest hour, but I made it to the finish.

My second Oakland Marathon was my first time I’ve ever paced a full marathon. I enjoy pacing races, and I think I’m pretty good at it (if I do say so myself), but it does add an extra layer of pre-race stress that’s not my favorite thing in the world.

This was an uneventful race, but never quite nailed down my pace. This was the most off I’ve ever been while pacing.

Golden Hills is a trail marathon that runs through a series of parks in San Francisco’s East Bay. It’s a really beautiful, but challenging, course. For some reason, while training, I kept thinking of Golden Hills as a half.

I knew it was a full, I was training for a full, but mentally when I thought about it, I considered it just another half.

It was an odd mental block, but I think it ended up working in my favor.

Miner’s Revenge illustrates just how misleading race statistics can be.

I finished 15th overall! “OMG, that’s amazing” you may say.

Is it any less amazing if I tell you it was out of 17 finishers?

I don’t think so.

The year of the wasps.

There is one section of this course that notoriously is waspy. They seemed especially thick this year. While they didn’t get me, they did sting both the runner directly ahead of me and directly behind me.

Mosquitos love me, I guess wasps don’t. I’ll take that.

Around mile 7, I totally face planted.

It looked much worse than it felt and it bled something fierce. More than anything, it left me feeling really badass. 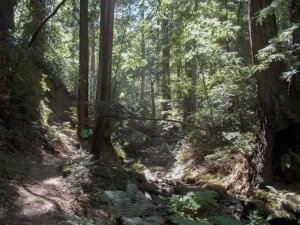 Oakland this year was nothing but memories.

I was a pacer for the race (leading the 5-hour group), the race was held on my birthday, and the starting line was a 5-minute walk from my front door.

It was a great day. 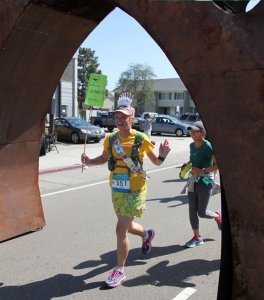 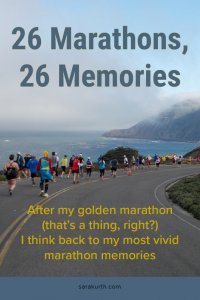