The question I pondered this weekend –

Can a Saturday be considered a ‘lazy Saturday’ if ends in me running 10 miles? 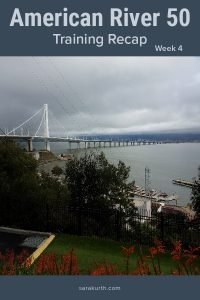 #restday #runnersnotrunning After running 60+ miles last week, im SO enjoying not running today (i do love my rest days!) I instead spent my time taking care of the kitties waiting for their furever homes. If you want to help animals looking for their furever homes, check out the @fureverhomerunning virtual races! Great swag for a great cause #virtualracing #fureverhome

I didn’t think I was that tired, but when I woke up this morning, I realized I hadn’t moved at all during the night.

I was super stiff- not because of the 60+ miles I ran last week (that, my body was apparently totally fine with), but because I hadn’t moved in 8ish hours.

My everyday stretching hasn’t been very consistent lately, but today was the perfect morning to break out my daily stretching routine, get the muscles moving and the blood flowing.

I know that ‘yoga’ and ‘stretching’ are not the same thing, but for my purposes today, they are close enough.

Physically, i felt great on this run. Mentally, my brain and my emotions were having none of it. Everything and everyone annoyed the crap outta me. Some days are like that… #tomorrowisanewday #atleastitsdone

Last week, I felt so great the day when I ran around lunchtime, I thought I’d try that approach again, getting work done first thing, and heading out for a run later in the morning.

Today was not nearly as successful.

Physically, I felt fine, but mentally? Not so much – I had zero patience and just wanted it to be done. I was annoyed that the wind was so loud I couldn’t hear my podcasts (I know, first world problem), annoyed by the moms pushing their strollers two-across on the sidewalk so I couldn’t pass, annoyed that I kept hitting yellow stoplights, preventing me from getting into the running flow.

I’ll have to keep experimenting since I now have two entirely conflicting data points, but regardless of how my runs felt, I was more productive in getting work done when I worked first and ran later, so that can’t be overlooked.

#todayilearned even the slight bit of drizzle + wind = frustrating running conditions. Going out (with the wind) wasn't too bad. Coming back? Urgh.

I know it’s important to change up my running routes regularly so I don’t get in a running rut, but this morning was rainy. I knew it would be a head-down just get it done kinda run, so I did my go-to route to Jack London Square.

It wasn’t too bad, although right near the square it got super windy in a few places. I learned that and even the lightest drizzle pushed by high winds can be tough to run in.

I at least timed my run well, it started to rain a little harder just as I got home.

Spring is Springing in the hood! 🌸🌸💕 #seenonmyrun

I didn’t do my strength work today. Not because I didn’t want to or anything, I just forgot.

I did my run (another go-to route due to continued less than stellar weather conditions), got home, hopped in the shower because I was chilled with the drizzle, totally forgetting It was strength day.

#februarymiles A near record for monthly miles. I still don't feel like im doing enough for my last minute 50 miler in a month (eek!) But i feel like i can only ramp up my mileage so fast.

I know I should be embarrassed or ashamed by this, but I’m not: I didn’t do a single thing today. I didn’t run, I didn’t walk (intentional fitness walking, I still walked place to place), no strength work, no foam rolling.

It was just one of those days when it just wasn’t mentally gonna happen. This isn’t something I’d normally give into, but I’ve learned (for me) what is run of the mill I don’t wanna (and I make myself do it anyway) and when I should just not even bother.

Today was a ‘don’t even bother’ kinda day.

This week's group long run is tomorrow (a preview of the Oakland marathon course), so Im taking the opportunity to do back-to-back-to-back long runs now through Monday. Its not the ideal ultra prep, but its the best i can work into the calendar. #americanriver50

Can I say I had a lazy morning if it ended with me running 10 miles?

I slept in a little when I woke up to the sound of rain. I then stalled the start of my run a bit hoping for a break in the weather, which eventually came.

The running club long run is on Sunday this week (it is a preview run on the Oakland Marathon course and is easier to navigate on Sundays). I am taking the opportunity to do back-to-back-to-back runs. Most 50-mile training plans I checked out had peak mileage doing a 50k race (31 miles) on Saturday and 10-15 miles on Sunday. Because of the calendar and my already made commitment to pace with the running club, this wasn’t going to work for me. So both this weekend and Oakland marathon weekend I’m doing Saturday, Sunday, Monday long/longish runs to get my legs used to running on tired legs.

It’s not exactly the same, but it still gets me 40ish miles in a weekend (if ‘weekend’ is loosely defined) so it will have to be close enough.

After my run I did the strength work I forgot to do Thursday.

The running club group run this morning was a preview of the Oakland Marathon course- so many freakin turns! It was impossible for me to get into any kind of rhythm or flow. I was the pace group leader for the 11 min/mile group and once again, my 11 girls totally rocked it! For many, it was their longest run ever- I was so proud of them. #lmjs #lmjsspringtraining #proudcoach #ihellarunoakland

Today was the running club group run on the Oakland Marathon course.

I want to love this course, but I just don’t.

There are endless turns – especially downtown (and today, since we had to obey stoplights, it made for constant stopping and starting), it goes through mostly non-descript warehouse districts and lots of non-pedestrian friendly areas (there are sidewalks, but the broken glass and trash dumping make it hard to navigate).

In short, it shows the worst parts of Oakland and none of the neighborhoods that make it an amazing place to live.

However, I felt great, my group did great, and the weather (mostly) held out. So that’s something.

Mindset. I feel like I lost some mental mojo this week.