Now, just a crazy trail run I voluntarily inflict on myself.

I’ve written about Drag-n-Fly several times before so I won’t go into too much detail. The short version: Drag-n-Fly was one of the first trail runs I ever did in 2011. I had no idea what I was in for. It was one of the hardest experiences of my running life and the closest I’ve ever come to dropping out of a race.

I wrote a post about it for the blog (Lessons Learned From The Hardest Half Marathon I’ve Ever Done). While writing that post, I got to thinking (always dangerous for me) – was it really as hard as I remembered?

Should I try it again?

I couldn’t let the question go unanswered, so in 2017 I again faced Drag-n-Fly (so-called because you drag on the uphills and fly on the down) and realized it was merely really, super terrible. Not entirely, incomprehensibly terrible.

But I do stand by it being the hardest half marathon around. 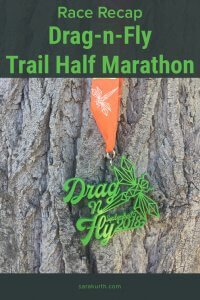 Drag-n-Fly isn’t hard just because of the elevation gain (it climbs nearly 3000 feet), there are trail runs that do more climbing (in fact I’m doing one in a few weeks with Rocky Ridge which climbs nearly 4000 feet).

It’s so hard because it climbs a ton, it’s almost totally exposed, and it’s in Contra Loma and Black Diamond Regional Parks in Antioch, which is always at least 100 degrees.

OK, I exaggerate. Last year I think it was in the low 90s.

I’d love to beat last year’s time (3:19.00), for no other reason than I feel more prepared this year with all of the extra trail runs and elevation gains I’ve been doing.

The weather the week before Drag-n-Fly was all over the map. A few super hot days, and a few chilly, foggy days. As of Friday, I still wasn’t sure what to expect on the weather front.

I won’t bury the lead: this year’s Drag-n-Fly was a normal, reasonable temperature! In some places, a strong wind was blowing, and it was down-right cold.

I’ve been to Contra Loma and Black Diamond Regional Parks many times, both with Drag-n-Fly and on my own hiking. This is the most temperate I’ve ever experienced here.

This is the first year I didn’t have to wait to pass the old mines to get a gust of cool air. In prior years, that was the only relief to be had.

The downside of it not being so hot? The aid stations didn’t have otter pops. They always taste so good on the run, even if it isn’t a million degrees.

This course is a lollipop. We run out a bit, do a loop at the end and then come back on the same bit we went out on.

The first mile or so is rolly hills, but then the first monster hill approaches. I almost get a little bit of vertigo when I stand at the bottom of this first big hill and look up.

The course doesn’t get any easier from there. 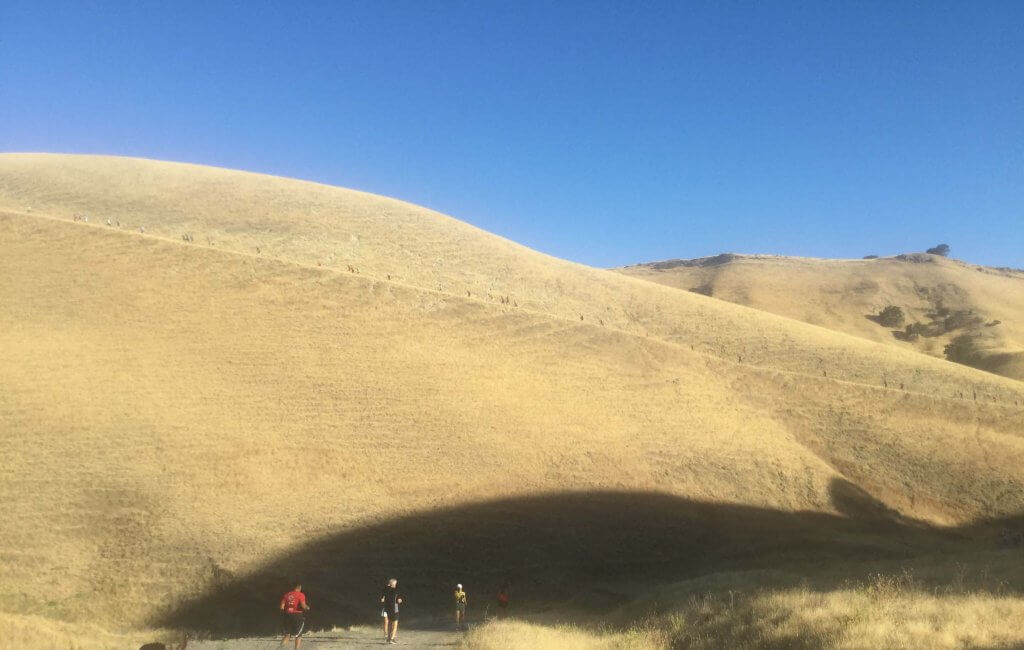 The course marker suggested we fly (this was written at the highest point): 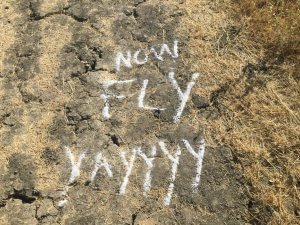 But the race’s name is a lie – you can’t fly on the downhills. Many of the downs are rocky and steep. Some are super slippery sandstone. There isn’t much running to be had. Uphill or down.

As expected, I walked a ton in Drag-n-Fly, but I also felt surprisingly strong.

I felt downright great in the last mile and a half (after the worst of the hills are done). I felt like I really kicked into gear at mile 12 of the half marathon, and I still had enough left in the tank to do something about it.

This bodes well for my ultra training.

Did I Meet My Goal

I think that was due more to the cool temps than my training, but whatever the cause, I’ll take it.

What I Did After The Run

I volunteer with Hopalong Animal Rescue, helping adorable little kittens find forever homes. Late last week I got a last-minute request to attend a huge pet fair. It is the largest adoption event of the year for us, and they needed additional people to help screen potential adopters.

So after a quick car shower (Thanks Shower Pill!) I went directly to the Alameda County Fairgrounds and played with 3-month-old kittens for a few hours (and got many of them adopted).

It was fun, but not ideal for post-run recovery, refueling, and re-hydration.

Ummm… I’m a little embarrassed to admit this, but my next race is tomorrow.

My running club organizes the pacers for the Alameda Half Marathon and I got a last-minute SOS that they needed a replacement pacer for the 2:30 pace group (I guess this was my week for last-minute calls for help).

Why not? I had 10 miles on the calendar anyway, I may as well make it a little more interesting.

[Update: Read the Alameda Half recap]

This is not nearly enough nutrition for a half marathon. I’ve noticed a pattern: The runs where I’m way underfueling (as of late, here and Pacifica) are both super hilly runs where I walked a ton.

I think when I walk that much, I don’t get the same ‘You’ve been running for 40 minutes, time to gel’ cues. I feel like I’m just out for a day hike or something.

This is a habit I need to bust out of immediately!