Congratulations! You’ve finished a marathon! You put in the work, focused your energies, and proved you are capable of amazing things!

If you are anything like me, after the immediate post-race high, you may feel a little lost and unfocused.

The post-marathon blues are a very real thing.

Autumn is marathon season, many runners (myself included) are wrapping up a long summer of training runs and a fall filled with race preparation and anticipation.

We’ve gotten used to our calendars being filled with runs, and early, relaxing nights in (preparing for said runs). It is disorienting to have so much unstructured time.

What to do with ourselves? 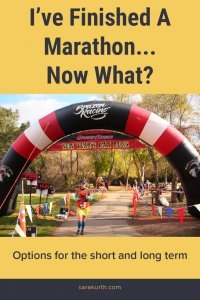 In The Short Term

Immediately following your marathon finish, your first priority needs to be you. Let yourself recover – mentally and physically.

Training for a marathon puts a lot of stress on your body and the time it takes puts a strain on your calendar and your friendships. Respect that.

Give yourself at least a month before you start making any major decisions about what’s next.

Go Behind The Scenes

Volunteer for a race.

All runners should volunteer for races. It is good for your running karma and gives you an entirely new perspective on just how hard holding out cups of water can be.

It will make you a kinder runner and racer when you see everything that goes into planning and organizing a race.

A small army of volunteers just helped you accomplish your dream, it’s your turn to help others accomplish theirs. 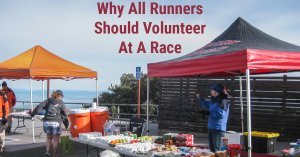 A change of scenery and the new vibe of running on the trail can be a whole new world.

After a long season of tempo runs and marathon pace obsession, it can be so liberating to hit the trail, forgetting about running at a specific pace or distance.

Just run and be in nature.

Go Away From Running (for a while)

Take a break from running. There is a vast and endless world of fitness options out there.

Hit the gym and try a new workout class each week. Try Stand-up Paddleboarding. Take that boot camp class or try the boxing gym up the street. 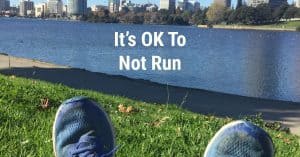 Get others involved in running.

Do you have a friend who sounded interested in running but is intimidated by a marathon? Are your kids excited about running?

Help them become a runner. Train for a 5K with a friend. Find a 1-mile run for the kids. Just be sure you are going at their pace and are working to their goals (not everyone will have the same goals as you).

Support friends and family as they run or race. Volunteer to take care of a friend’s kid or dog while they run. Do race sherpa duty for those who helped you on your race day.

In the Longer Term

So you’ve had your time and you’ve physically and mentally recovered. You’ve volunteered for a few races and helped a friend run their first 5K.

You are beginning to think about your next thing.

The first thing you should do is review your big, audacious goals (or figure out what they are if you’ve never set them).

Are you in a better place to accomplish one of your big goals than you were before? Can your next thing move you one step closer to your really big audacious goal?

Especially if the goal for your last marathon was only to finish, try setting a time goal for the next marathon.

While your time goal should be challenging, make sure it is realistic. Don’t pick a number out of a hat because it is a round number, or it sounds good. Use a pace calculator or race predictor and the time of a recent race you’ve actually run to determine a challenging, but doable, goal.

Or if time goals aren’t your thing (as they aren’t for me), set other, non-finish time-specific goals for your next race such as running a consistent pace or running negative splits.

If your last marathon was flat, seek out a hillier marathon, or a trail marathon. A hilly marathon is a whole other thing that creates entirely new training challenges.

Most of my marathons now are trail marathons. I chuckle a little when I hear other runners complaining about the ‘killer’ Heartbreak Hill on the Boston Marathon course (which climbs 91 feet). Clearly, these runners have never done a trail marathon.

In comparison, The Big Sur Marathon course (with its ‘killer’ Hurricane Point) climbs just over 500 feet, and my last trail marathon, Skyline To The Sea climbs around 3000 feet.

Ultras are booming. Each year, the options in races and distances grows exponentially.

They seem intimidating, but when I was training for my first ultra, I found the training wasn’t that much more intense than marathon training. The biggest difference was the Saturday/Sunday back-to-back long runs.

It took some getting used to, but it’s likely more do-able than you think. 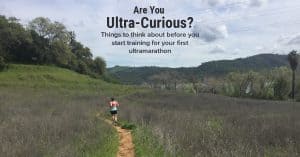 When I did Disney’s first Goofy Challenge in 2006, I thought back-to-back races were a quirky little thing. I figured I’d better do it right away because there was no way they would catch on.

Boy, was I wrong.

Back-to-back races are a new challenge in recovery and refueling.

The Sky’s The Limit

You found the time to train for a marathon. That is a major accomplishment in time and energy management.

Use that to your advantage and tackle your bucket list, one item at a time.

Start a side business? Learn French? Take up watercolor painting?

The sky is the limit.

What about you? What did you do after you finished a marathon? 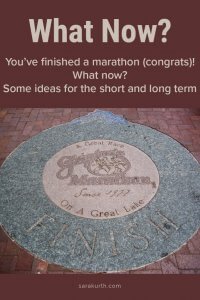