I’m an over-thinker. Even more so when I’m out doing a long run, simply because a long run means I have a whole lotta time to think without a whole lot else to think about.

However, I also have a decade of experience as a professional risk manager hard-wired into my brain so I’ll not only think of all the things that could go wrong, but the risk management skills will automatically kick in to weigh the possibility of that risk happening (so I can usually recognize the utterly irrational from the possible).

I’ll also usually come up with a list of steps I can take to prevent or minimize the impact of that bad thing.

These are actual thoughts (and action plans) I’ve come up with on the run, so while they may seem ridiculous, they all come from somewhere deep in my brain. 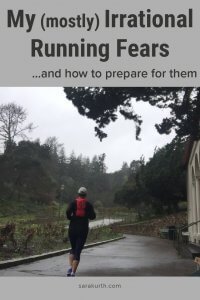 I Need A Bathroom ASAP

This isn’t actually all that irrational. Chances are it will happen to you on some run sooner or later.

I include it on this list because while it may occasionally happen, my fear of it greatly outweighs the likelihood or severity of it.

I’ll Fall On My Face

This is also a not terribly irrational irrational fear. It’s come to pass a few times for me.

I discovered just how much I react to poison oak by stumbling (OK, falling) into a patch of poison oak. I’ve also done two straight up face plants. Thankfully, neither of those involved poison oak (that would have just been adding insult to injury).

There Will Be A Medical Emergency

This fear takes many forms.

This is both a rational and irrational fear. Every time I’ve headed out on a trail, I’ve pondered (however briefly) the terrible and ferocious creatures I could encounter.

There are zero wild tigers roaming in Northern California, yet I have considered what I would do if I ran into a tiger mid-run (I still don’t have a good action plan for that one though). That is the very definition of irrational.

But I’ve also had a few real-life animal encounters in all levels of scary. A few snakes (all have been harmless, but still – eek!), a seagull near Santa Cruz decided to re-enact The Birds and kept dive-bombing me as I ran along the coast. On a later run, a bobcat was giving me the evil eye.

This sadly does happen, both in urban areas and on the trails.

I’ll Be Hit By A Car

Drivers are more distracted than ever. While you may have the right-of-way in a crosswalk, a driver who is not paying attention poses a huge risk.

I know this one is entirely irrational, but occurs to me on nearly every trail run.

I watch too much Discovery ID – It’s always a hiker or runner who finds the body.

Not a lot to prepare here, either it will happen or it won’t 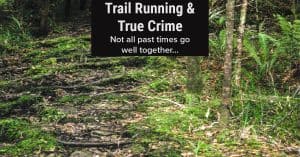 What about you? Do you have any irrational running fears? 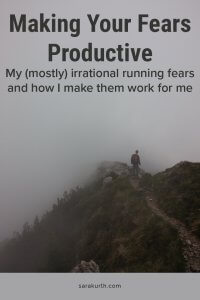