When I first wrote about virtual races a few years ago, they were still fairly obscure.

I’d done a few virtual races with niche fandom running clubs for Harry Potter and Dr. Who. A few of the major running series like the Rock n Roll and RunDisney had virtual options. But generally, the response I got when talking about virtual races was either a blank stare or questions about why you’d do a virtual race when you could do an IRL race.

Times have changed, and virtual races are having their moment.

What Is a Virtual Race?

Each virtual race is set up slightly differently, but they generally are races you complete at any time, at any location, at any pace you want.

While some races will have you submit proof of race completion (via Garmin, Strava, Fitbit, or treadmill readouts), most are done on the honor system.

Why You Should Add Virtual Races Into Your Race Calendar

The cynical answer is you should try a virtual race because as I write this (April of 2020), they are the only kinds of races happening.

But that isn’t the only reason to give a virtual race a shot.

Some runners thrive on the energy of race crowds. Others (myself included) are not fans of huge masses of humanity.

Virtual races are blissfully free of cramped starting chutes and other over-eager runners who will elbow you in the tight first few blocks of a race. 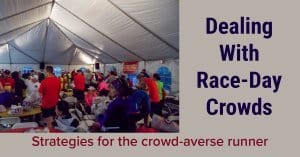 Although some virtual races are tied to a particular date, most are run whenever, wherever.

Schedule the race at a time convenient for you, not vice versa.

Virtual races are usually way cheaper than real life races since they don’t have to pay for permits, insurance, road closures, food, porta-potties and the million other things that make up a ‘real’ race. As of this writing, the Disney virtual 5Ks are $40 (compared to the $80+ for IRL races).

Many virtual races also have a charitable component. For example, more than $20 of the $27 entry fee to the Harry Potter races go to charity (and is tax-deductible).

If you are doing a ‘real’ 5k and you have a bad race, that’s it. That was your chance.

If you aren’t happy with your virtual race, just do it again.

Keep doing it until you are happy with the results.

Virtual races can be great for beginning runners.

There is no sag wagon and no course time limit. In fact, you will always be the winner of your virtual race.

Congrats on winning your virtual race!

Making The Most Of Your Virtual Race

Part of the fun of a virtual race is it makes an otherwise normal run special. How can you make the most of your virtual race?

Virtual runs are done when and where you like, so why not make it awesome?

Spend some time on sites like Strava or Map My Run to find or create the perfect route.

One caveat for our current environment: Be aware of, and obey, CDC and local restrictions on physical distancing and park and street closures.

There’s a reason there have been so many stories of runners doing virtual marathons or ultras on treadmills, balconies, or in backyards. If that’s the only safe option, that’s what you should do.

If it’s contrary to current CDC or local guidelines, delay your virtual race until you can run it safely.

One downside of a virtual race is you won’t have IRL spectators cheering you on (at least spectators who don’t live in your household).

But that doesn’t mean you’ll be alone.

For obvious reasons, there is more support than ever online for virtual racers. Most virtual races have Strava groups, Facebook groups, or Instagram hashtags.

I once ran with a guy who changed his phone alert sound when he ran – whenever anyone texted him or liked his posts on facebook, his phone would break out in a round of applause.

While that alert noise would generally be super annoying, it was oddly inspiring (not to mention amusing) to have his phone randomly break out in applause.

Make your virtual race feel different from every other run. 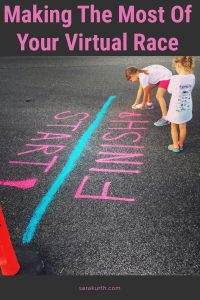