I am an ambassador for an event being held this summer, the Empower Race Series. Two days of running and yoga being held at the Craneway Pavilion in Richmond, California. Find out more.

Housed in the same complex, just one building over, is the Rosie the Riveter WWII Home Front National Historic Park.

As I considered the location, and all the times I’ve run in the area on the Bay Trail, I realized that I’d never actually visited the museum that is in the park.

I needed to remedy that, so I spent a recent afternoon checking it out.

The centerpiece of the park is a small museum, commemorating the shipbuilding and other home front activities that took place just before and during WWII. 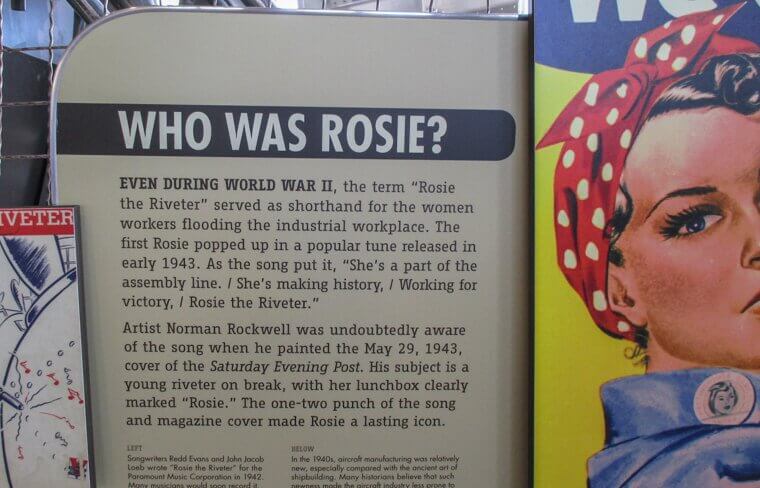 As you’d expect from something named after Rosie, the museum largely covers the impact of women working out of the house (usually for the first time), although they also cover the impact that the boom (and eventual bust) of home front activities had on minorities and newcomers to California.

My Favorite Display: Will Women Stay In Industry?

My favorite display was a reproduction of an article from an internal magazine put together at one of the factories. It was a Q and A:

“What Do You Think: Will women stay in industry after the war or will they return to the home?”

The six answers ran the gamut.

One woman sounded like she was writing from today:

“…holding two jobs at the same time is too difficult. It’s just the same as working two eight-hours shifts, working here and at home, too.” 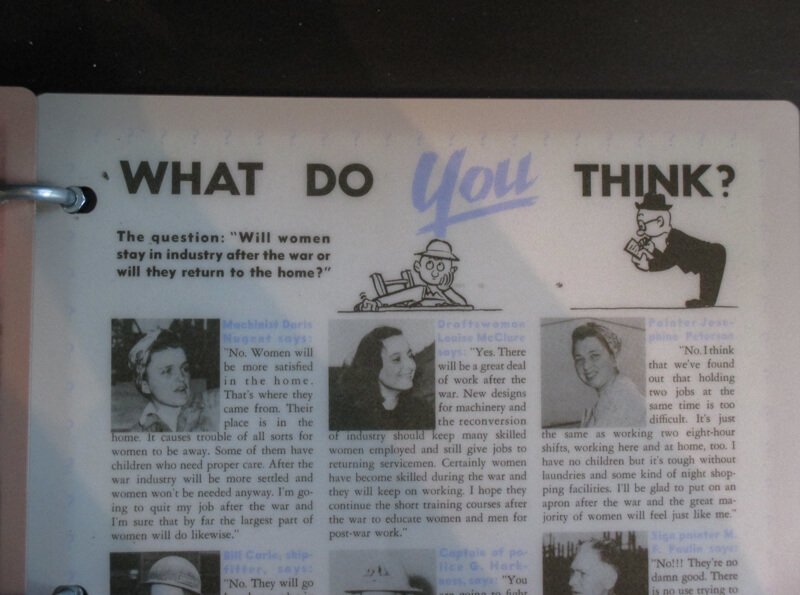 “They’re no damn good…A woman belongs in the home” 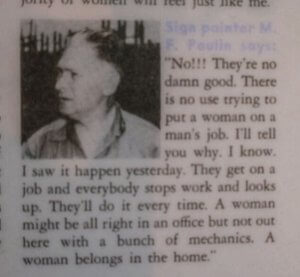 And then there is the Captain of Police:

“You are going to fight an awful battle to get them back to the home… there’s going to be a lot of them that will want to keep on working.” 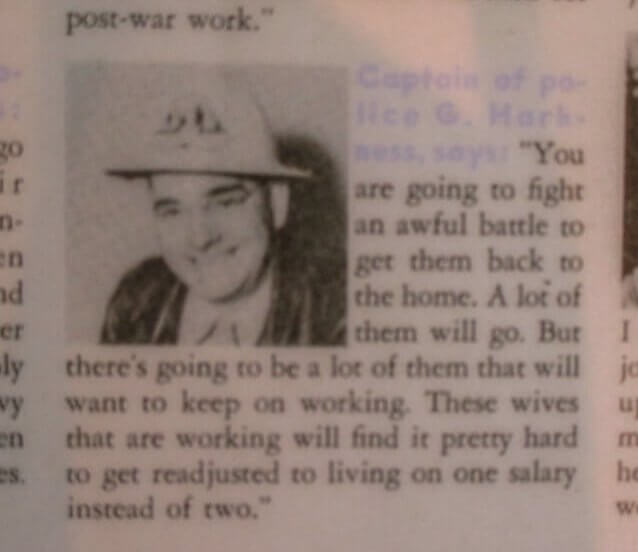 I think he came the closest to what actually happened, although I don’t get the sense he was happy about it.

As my law school Contracts professor always said, you can’t unring the bell. You can’t put the genie back in the bottle.

During WWII, ‘the Rosies’ became empowered.

They learned how good it feels to make your own decisions and take charge of the events of your life. To do what you previously thought you couldn’t do.

Once you know you can do the ‘impossible’ you are forever changed.

They now knew they could weld, rivet, draft, manufacture, or whatever else it was they did during the war.

Many went back home and chose to not work outside of the home, but it had become a choice, not a necessity.

It wasn’t a matter of what they were or were not capable of. It was what they chose to do or not do. 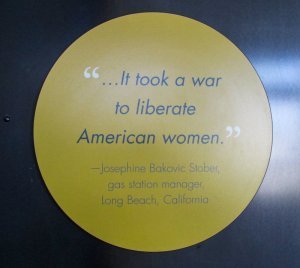 My Empowerment Through Running

I think this park is an appropriate backdrop for an event celebrating women’s running.

For me, running has served the same function that a welding job had for these amazing ladies back in the day.

But then I kept going. I kept pushing myself. I slowly made progress.

The woman I once was, who thought I couldn’t do it, is long gone. She was replaced by another (empowered) version of me that knows I am capable of so much more than I thought possible.

The same is true of so many runners I have met over the years.

Almost all of them say some version of ‘I never thought I could do it.’

Not all of them keep running of course, for any number of reasons. But the experience still changes them. They know they can do it.

Maybe they chose not to, but they know they can.

And that is empowerment.

Information on Rosie The Riveter NHP

They also have the best shirts at any national park (available only at the on-site gift shop), they are supplied by Mountain Hardwear which is headquartered in the same complex. 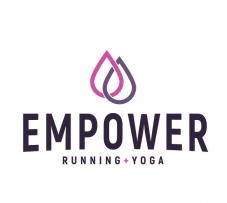 Or do both: register for the Empower Race Series and stop by Rosie the Riveter NHP after. 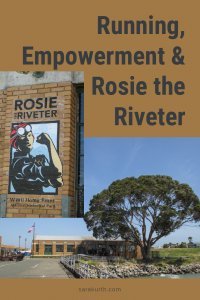 7 thoughts on “Empowerment, Running and Rosie the Riveter”