When I started running, there was a never-ending parade of firsts to celebrate. The first 5K, first 10K and first half marathon. The first time running a double-digit distance. My first marathon.

After a few years, my PRs had all been set, and I’d run every distance I wanted to run.

I ran out of firsts. But I like to celebrate victories, successes, and firsts. What to do!?

So what running firsts are there still to celebrate if you don’t necessarily want to run longer?

Your First Double or Back-to-Back Race

Double and back-to-back races have taken off in a major way in the past few years.

They entail doing a series of races, either in a single day or back-to-back days, usually in some combination of 5k, 10k, half-marathon, and marathon. Disney’s Dopey Challenge, for example, does all 4 distances.

I’ve done a few of these, Disney’s Goofy Challenge (‘only’ the half marathon and marathon) and a couple of 2-year marathons with back-to-back races on New Year’s Eve and New Year’s Day, and really enjoyed them.

These back-to-back events provide a new and interesting training, racing, and recovery challenge to any runner.

Your First Race In a New Measurement System

This one is cheating a little bit, but it felt totally new to me so I’ll include it.

I’m in the US, so I’m used to running and thinking in miles. Even races like the 5K that are ostensibly in kilometers have distance markers in miles.

A few years ago, I ran the Victoria Marathon in Canada. My first race that was measured, and marked, in kilometers.

While I know it was the same distance I’d done dozens of times before, it felt entirely new. The kilometer markers (I almost wrote ‘the kilometer mile marker’ the imperial system is so marked in my brain), seemed so close together, but after passing 30 something of them, I felt like they would never stop coming (the marathon is 42 kilometers for any other metrically challenged folks out there).

All my internal measures were confounded by the new system. My brain thinks I should get tired around mile 20 of a marathon, regardless of how my body was doing before then. But my brain wasn’t sure where mile 20 was. I could have done the math, but marathons make me temporarily stupid, so there was little chance of mental math conversions happening.

So while running a marathon marked in kilometers isn’t actually a first, it sure feels like it.

I’ll confess this is first I have yet to do myself. Large team relay races like Ragnar have teams of 5-15 people running upwards of 200 miles over the course of a few days.

My friends who have done them assure me they are an entirely new adventure. I’d love to do one one day. It would be a welcome diversion for a runner who is used to only pounding the pavement solo.

Your First Obstacle, Mud, Color, Zombie (Or Other Theme) Run

Some ‘real’ runners may find these races gimmicky. But there are so many options at every level of competitiveness that whatever your interest is, and however serious of run you want to do, there is likely a theme run for it.

Theme runs can be a great entry point for new runners. I add it here because I’ve found many long-time runners get so focused on training for their next big race that they can forget that running is, and should, be fun.

Not every race can result in a PR. After running dozens, if not hundreds, of 5Ks and 10Ks, it can be near impossible to set a PR at those distances.

Running an unusual distance race has the added benefit of shaking up your training. I use the same training plans for the usual race distances over and over. But If I’m training for a 30K? That I need to really consider and think about in a new way.

Your First Race In Costume 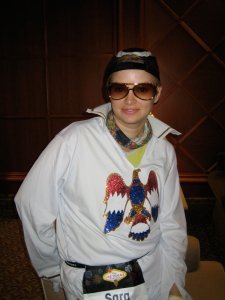 I know this won’t be for everyone, but the attention you get running a race (at any distance) in costume will make it an entirely new experience.

I’ve only done one race in costume- I was a Running Elvi at the New Las Vegas Marathon in 2005. I felt totally ridiculous and had a blast.

For many runners who have only run on roads, doing trail runs may not sound that different.

I promise you that a 5K on the road and a 5K on a trail is an entirely different monster.

There are different kinds of trails, so do a little research and pick what you prefer. Or just throw caution to the wind and sign up for a short trail race and see what happens. 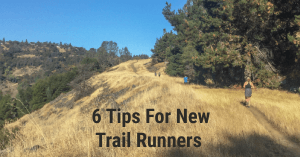 You need to keep finding firsts and running success, even after running forever. Keep it interesting!

What about you? What running firsts have you celebrated? 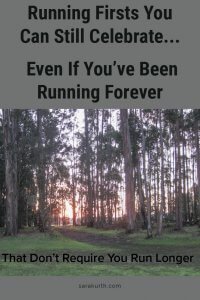