After the insanity that was last week’s workout calendar, I felt downright lazy ‘only’ running and doing core work this week.

My workouts last week reminded me of how much I enjoy doing (and feel better after having done) more barre workouts and other mobility stuff.

Finding the right workout balance continues to elude me. 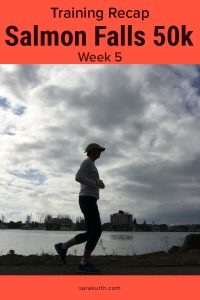 I’m fighting hard against my known bias in judging this class.

I’m very well-aware of my anti-sun salutation feelings. This class (which has a few sun salutations) is a flow yoga class, meaning the movements are fluid and done rrrrreeeeaaallllyyyyy ssssslllloowwwwlllly.

So not only are there sun salutations, but doing them so slow makes them feel interminable.

But I’m a big girl and can look beyond the sun salutation series and recognize that overall, I liked this class and its slow, constant movements.

Got the run in just before the rain started. #thatwasclose

A 4-mile run in the morning (the usual route around the lake), and a 15-minute core workout on the Adidas Training by Runtastic app before bed.

After last week’s 15+ workout extravaganza, (topping out at me doing – on one occasion – 4 workouts in one day), I feel so lazy ‘only’ doing 2 workouts in a day.

Random @strava question of the day: what is the point where the Strava graphic overlay switches from listing total time run to elevation gain? I can't figure out any rhyme or reason to it.

6 hilly miles to (and around) the Mountain View Cemetery.

Uneventful run, and I had the weather gods in my favor. It had been drizzling all morning while I was doing some stuff around the house. The rain moved out just as I was heading out the door.

The timing was sheer coincidence, but I’ll take it.

No Turkey Trots for me, just 6 solo miles to contemplate thanks and gratitude

The last few years, I’ve volunteered at a Turkey Trot, but I didn’t this year. I didn’t decide not to volunteer, I just never got around to signing up. When thinking about it last night, I recalled the last few years the volunteer call was for 6 am, but the race didn’t start until 9. We were all set up and ready by 7, but wouldn’t see runners at the aid station until 9:30. I’m pretty good at killing time, but that’s a bit much. Maybe that memory seeped into my subconscious when I didn’t sign up this year.

So I ran my own turkey trot.

I felt really strong on the run. Maybe it’s all the extra strength work, maybe it was just one of those days, or maybe it was the reeeaaallly cold wind, causing me to speed up because my ears were freezing.

Whatever the reason, I’ll take it.

I considered doing an Openfit barre video, but didn’t.

No reason, I just didn’t.

#willrunfordonuts 9 miles pacing the @lmjs_run 10:30 min/mile marathon training crew then back to Road Runner Sports (our host for the run- with plentiful snacks and raffle prizes!) then back out for another 6 solo miles. The club beat the rain, i wasnt so lucky during the solo miles. So glad i saved a donut for my post-post run snack #LMJS2020Training #DuckRunning

The start of the 2 part long runs!

From now until February, I’ll be pacing the running club’s marathon training group run. But my mileage for ultra training is longer than those runs, so I’ll head out with the group for their run, then head back out for additional solo miles.

Today was 9 miles leading the 10:30 min/mile group (my average pace for the group portion of the run was 10:35, for the record), then back to Road Runner Sports who hosted the run (who, unlike last week’s run, had TONS of food and drink for us – raffle prizes too!).

Then I had to go back out to do another 6 miles.

I knew this wasn’t going to be my favorite arrangement, and today was an especially cruel way to start.

It was cold and windy, threatening rain the whole run, but it stayed dry for the club run. At RRS, while everyone else was putting on warm layers, eating donuts and drinking coffee, I had a bit of a bagel, stuck around for the raffle (no prizes for me), then went back out – just as the rain started.

It wasn’t raining too bad, but enough to make me sooooo envy the kids in the running club who were in hot showers by then.

I’m just glad I had the foresight to stash a donut for after my (second) long run.

Did the second Runtastic core workout of the week when I got home.

On a scale of 1 to 10, my interest in doing this morning's run was approximately -634. But mood follows action, so i left the house anyway. For the record, my mood about the run never really improved, but im also glad it got done. #doitanyway #moodfollowsaction

I procrastinated for a while, but eventually realized that not only was I not running, I was so distracted by my conspicuous procrastination attempts, I also wasn’t getting much done NOT running.

Maybe I could have talked myself out of running if I’d otherwise been productive, but nothing good was coming out of my stalling, so I eventually just got my ass out the door.

After all the mental gymnastics, it was an utterly uneventful run. Drizzled on and off, but never got too bad.

I was ready to cut the run short if I wasn’t feeling it (take my own advice and not think of runs as ‘all or nothing’) but once I got started, it was fine.

Continue to try and balance workout options, planning in a few barre days.