There are so many cliches about the time we are living in this 2020. That it’s the ‘new normal,’ or ‘unprecedented.’ But there will come a time when things begin to return to something resembling normal.

I’ll leave the predictions about when that will happen to people who know way more about such things than I.

I won’t pretend to know if or how running or racing will change forever.

Forever is a long time.

But after All This, when things begin to return to some version of normal, there are a few things I hope change for me personally as a runner.

Quarantine and lockdown have given me a new appreciation for particular aspects of running.

I’ve been running for 20 years and have always taken the existence of races for granted. It never occurred to me to consider a world without weekend races.

Pick a weekend, pick a distance, and pick a race.

That’s just the way it is.

I (usually) run and volunteer at many races during the year. They are a good thing to organize my running and training around, and they are a fun diversion.

Many Bay Area race companies have a dedicated following, so I have any number of ‘race friends’ I only see on race days.

I hope to never again take for granted the ability to wake up on a Saturday morning and join my racing friends for a half marathon.

Running Whenever and Wherever I Want

I haven’t been running much during our shelter in place order the last few months.

Running is allowed, but because of where I live I’ve found it hard to find a route that isn’t too crowded. Running on crowded (or at least ‘crowded’ as defined by social distancing rules) roads gives me too much anxiety.

Some trails are still open, but by all accounts they are over-crowded.

Right now, trying to find an open, reasonably uncrowded running route involves more planning than I like to put into my running.

I hope to never again take for granted heading out the door and running in whatever direction I want.

Running Without a Mask

The other reason I’m not running much now, even when our sheltering orders are easing up, is I find it super annoying to run with a mask.

Here, masks are optional for runners. However, being the responsible citizen I am, I feel if I’m in public and will be even vaguely around others, I should wear a mask (or for me, a buff doubling as a mask).

I dislike every aspect of running with a mask.

I hope to never again take for granted running with my face unencumbered by a mask. 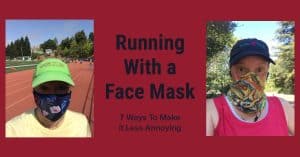 Group Runs or Recognizing Others

I’m an introvert and have always been a solo runner.

But as a coach and pacer, I’ve also come to see the benefits of running with a group. I know I’ve been alone too long when even I start to miss a long run with friends. 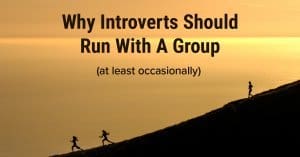 Even if I’m not running in a group, I miss seeing the same runners on my ‘usual’ morning route.

I don’t know these runners. I’ve never talked to them. But I saw them nearly every day. Since I’m not running my usual routes (too crowded), I haven’t seen them in months.

I have a new appreciation for the head nod of acknowledgement to my running friends (who are actually familiar strangers).

I hope to never again take for granted the ability to do the occasional group run or acknowledge familiar faces on the run.

The Joy of Mixing Up My Fitness Routine

While I haven’t been running much, I have been staying active.

Expanding my fitness horizons isn’t something I can easily work into my running (so I tell myself), especially when training for something like an ultra where my body just doesn’t have the capacity for additional workouts.

Now that I know how good it feels (mentally and physically) to expand my fitness horizons, I hope to work more cross-training into my training and not just blow it off.

Focusing on the Non-Running Stuff

There is a laundry list of things I know I should do more of to be a better runner.

Cross-training is one of those things. As is stretching, foam rolling, eating a more well-rounded diet, and getting more sleep.

I’ll do them ‘someday’ I tell myself, but never do.

With no (legitimate) excuses while sheltering in place, I’ve been foam rolling more, sleeping more, and eating healthier overall.

I don’t know if it has helped my running (I’m not running enough to know), but I know I feel better as a person.

Usually, I’m at my best (and most consistent) with running when I plan my runs in advance – when I don’t leave my running up to how I feel. I long ago learned I rarely feel like running.

But strange times lead to strange behavior, and I’ve found when I have gotten out in the last few months, I’m at my best when running without a plan.

I’ve left my watch at home (runs do, in fact, still happen even if Garmin and Strava don’t record it). I head out the door in a random direction and turn down a random street when I feel like it or whenever I see too many people coming (in order to maintain social distancing).

I don’t feel remotely bad for slowing down (or stopping entirely) to appreciate views, a neighbor’s garden, or the funny chalk drawings on the sidewalk.

How long did I run? No idea.

What was my pace? No clue.

And I enjoyed every step of it. 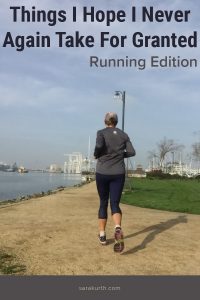