With the various iterations of ’Twas the Night Before Christmas’ floating around this time of year, I was inspired to modify the classic holiday poem for runners.

It will never replace the original, and I’m fairly certain I do not have a future in either poetry or parody, but it was fun to do, nonetheless. 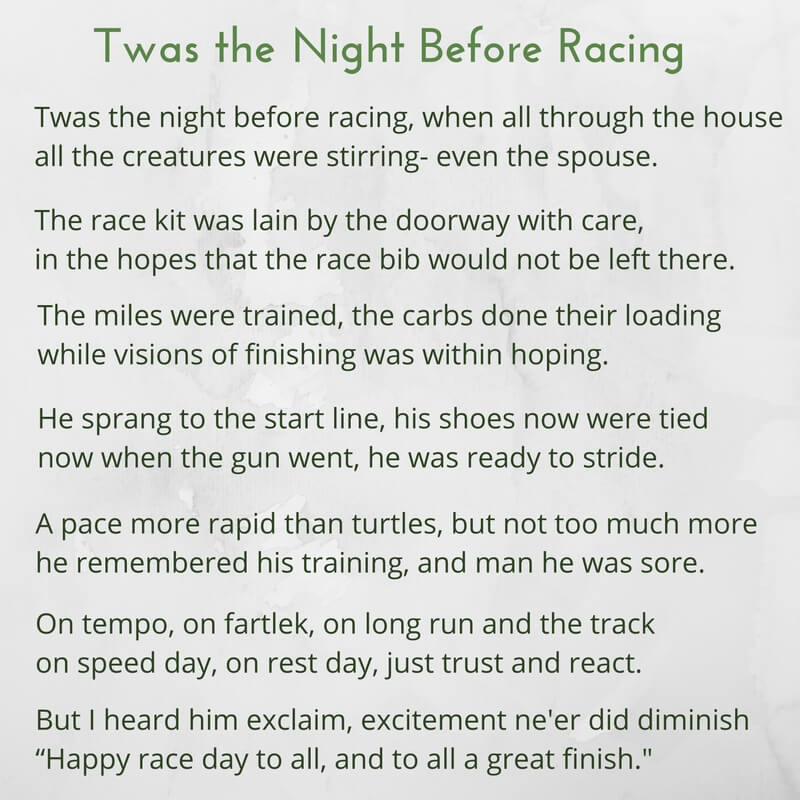 Twas the night before racing, when all through the house,
all the creatures were stirring- even the spouse.

The race kit was lain by the doorway with care,
in the hopes that the race bib would not be left there.

The miles were trained, the carbs done their loading,
while visions of finishing was within hoping.

He sprang to the start line, his shoes now were tied,
now when the gun went, he was ready to stride.

A pace more rapid than turtles, but not too much more,
he remembered his training, and man he was sore.

On tempo, on fartlek, on long ran and the track,
on speed day, on rest day now trust and react.

But I heard him exclaim, excitement ne’er did diminish,
“Happy race day to all, and to all a great finish”